On Monday 7th March, His Royal Highness, The Prince of Wales officially dedicated the Royal British Legion Centenary Wood, situated next to Nansledan School, Newquay to the Queen's Green Canopy project, as part of this year's Platinum Jubilee celebrations. This green oasis is a partnership project between the Royal British Legion and the Duchy of Cornwall and was opened last year by the Lord Lieutenant of Cornwall. 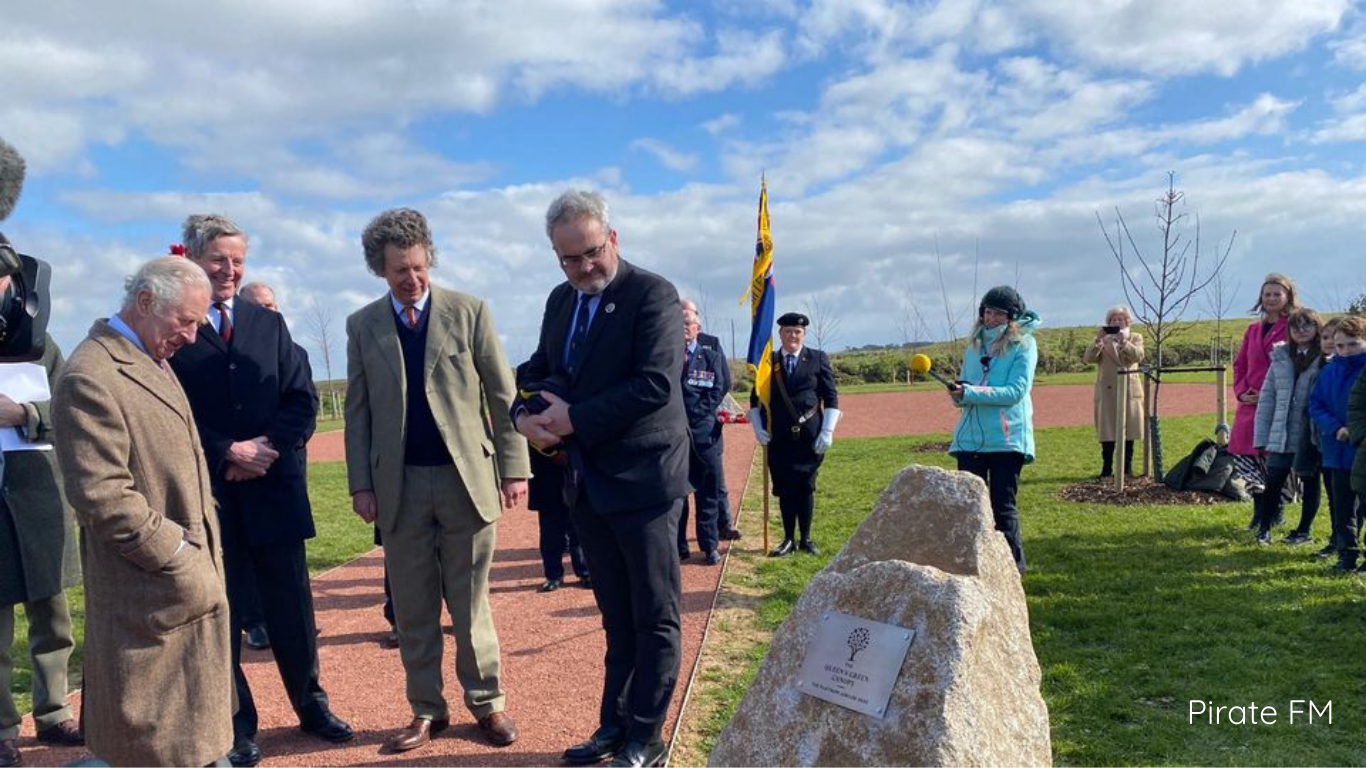 Honoured guests included the Cornwall County Royal British Legion Vice-President Steve Lewis and a small number of veterans from the Army, Navy and RAF, together with the Mayor of Newquay and Y6 Nansledan School pupils.

The Y6 children and Nansledan School staff members looked on as The Prince of Wales unveiled a commemorative plaque dedicating the woodland to The Queen’s Green Canopy.  The Y6 pupils are currently studying a woodlands and forestry topic as part of the school’s unique STEAM learning curriculum. 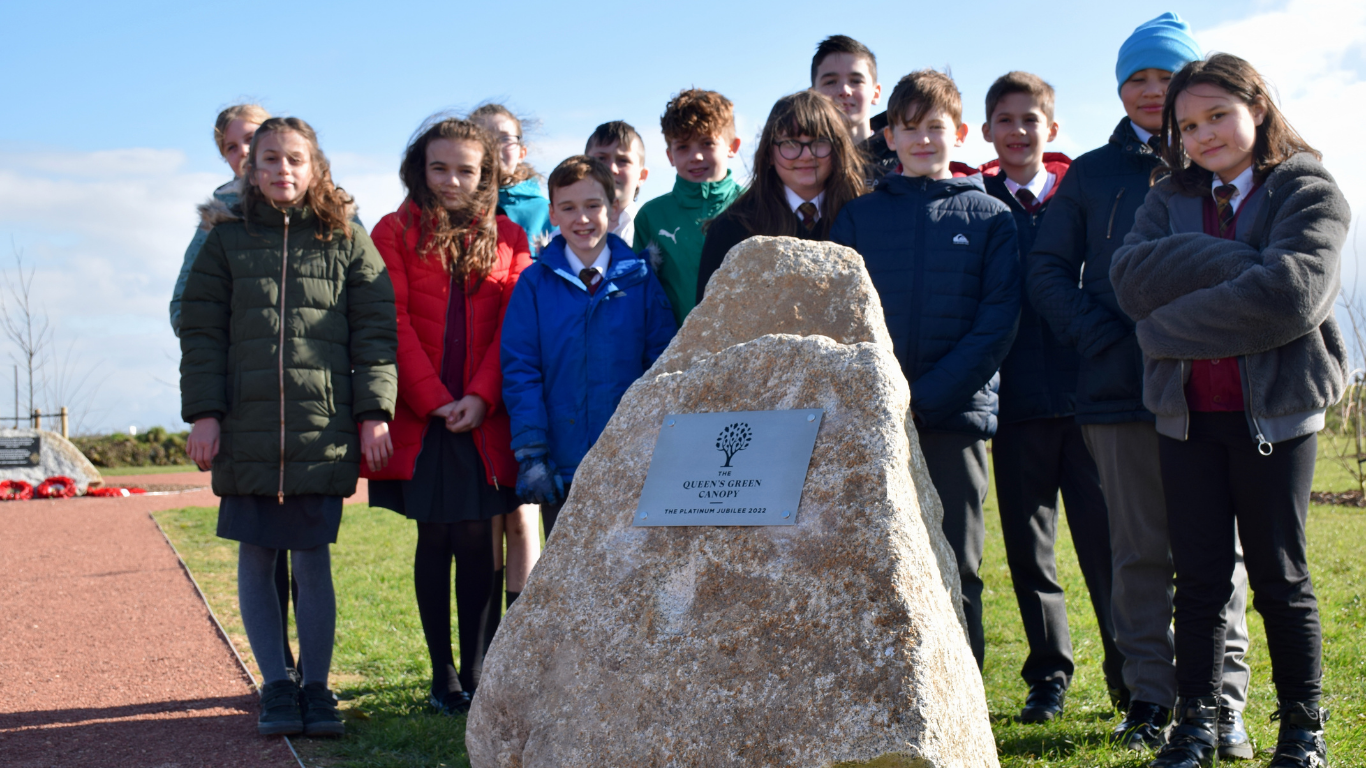 Y6 teacher, Miss Hannah Durston, was proud of all her pupils present at the ceremony.  “The children behaved impeccably and went with the flow as we were instructed where to stand.  It’s so easy to be overwhelmed by such an auspicious occasion, but the children took it all in their stride, despite the freezing temperature and howling wind!”

Mrs Vicky Dilnot, Head of School, commented, “Being present today holds particular resonance as we have already begun our own plans for a Forest Garden to be sited by the school allotments.  As part of our STEM curriculum, our Year 6 children are busy researching tree species and will be working with Geraint Richards, Head Forester of the Duchy of Cornwall, to ensure the varieties chosen sit well in our landscape and respond well to the local climate conditions so Nansledan School children can reap the benefit for generations to come”.

The Queen’s Green Canopy (QGC) is a unique tree planting initiative created to mark Her Majesty’s Platinum Jubilee in 2022 which invites people from across the United Kingdom to “Plant a Tree for the Jubilee”.