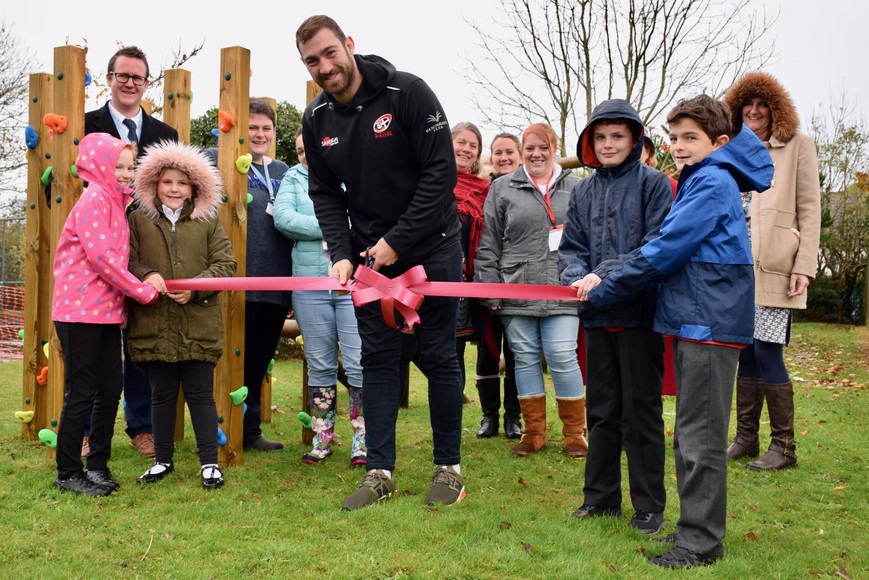 The project’s aim was to provide an outdoor nature-trail style area which could be used by each and every child throughout the school day and specifically designed to support the Physical Education curriculum.

PE equipment company Sovereign had some tough customers to advise and answer to as the school launched an internal competition to see which class could devise the best design for their projected budget of £16,500.   Class 5A were eventual victors and pupil representatives Rylei, Jake, Martino and Megan braved the soggy conditions to attend the opening celebrations.

"I think the PE trail looks even better than it did on paper!"

After the ceremony, Rylei said “I was really excited about going on the new equipment for the first time”.  For Jake the monkey bars were a hit and Martino thought the pull up bars were his definite favourite.  Megan summed things up nicely saying “I think it looks even better than it did on paper!”

James Hitchens, Head of School, said “It is well documented that outdoor play and adventure encourages children to think of learning as an ongoing process, instead of just something that is done in the classroom. We already fully embrace the outdoors with our successful Forest School and our PE Outdoor Trail will enhance and promote further creative, social and independent learning, not to mention introduce a healthy dose of good fun and exercise!”

Councillor Mary May of Cornwall Council, who kindly awarded £500 funding through the Community Chest Grant Scheme, echoed Mr Hitchens’ comments, adding “I’m delighted to support anything that means children are outside.  This wonderful new PE equipment will encourage children to interact with each other, stay active and of course have lots of fun.”

Cornish Pirate Tom Duncan couldn’t resist having a go on the parallel bars, observing afterwards “Penryn Primary Academy has invested a huge amount of time and effort over the past couple of years developing its children’s physical health and wellbeing and raising PE aspirations.  The benefit of this trail cannot be underestimated and I for one wouldn’t be where I am today without being encouraged and inspired to get into PE from a young age.” 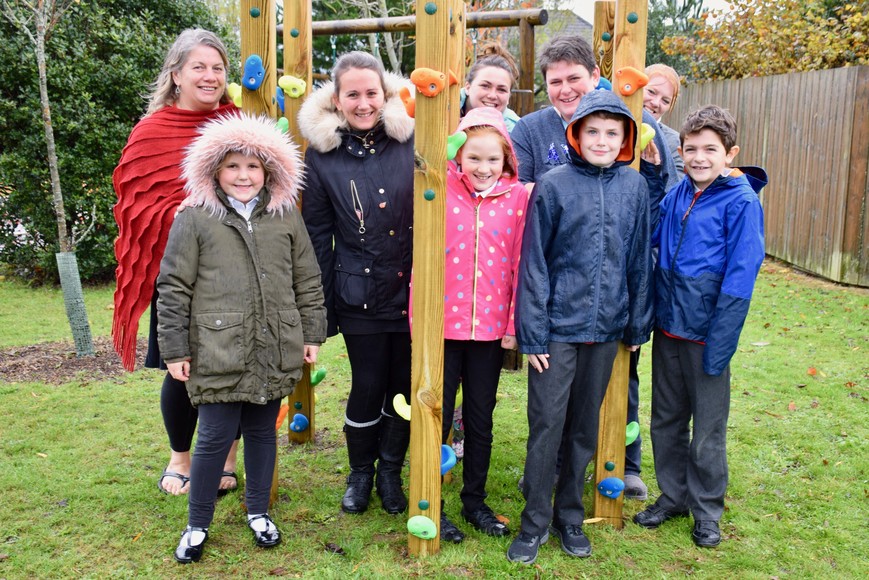 Of course, the PE Outdoor Trail project would not exist without the incredible generosity and support of the Penryn community and grateful thanks must also be extended to Tesco Bags of Help Scheme, ASDA Penryn, Julie Tucker and Penryn Community Bingo, Shelley Peters and Penryn Town Council and of course the school’s own dedicated band of fundraising grafters, the Friends of Penryn Primary Academy.