Skol Nansledan, the brand new primary school in Newquay, has been officially handed over to the Aspire Academy Trust following the completion of the school’s new hall, which is the centrepiece of the building. 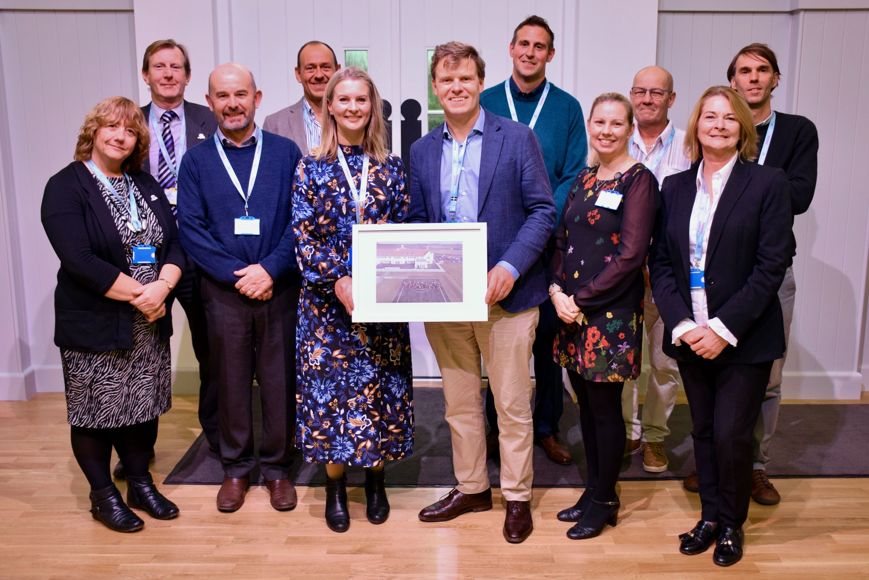 Head of School Vicky Dilnot with Ben Murphy of the Duchy of Cornwall and a special 'thank you' photo from all the children of Nansledan School.

Designed in the Arts and Crafts style, the 14-classroom Nansledan School (‘Skol Nansledan’ in Cornish) opened its doors to its first intake of pupils in September and is already a familiar landmark on the southern edge of Nansledan, the Duchy of Cornwall’s extension to Newquay. At full capacity, up to 420 pupils will get to experience the spacious and light new school, which has so far welcomed 140 children and 20 staff.

To celebrate the occasion, the school welcomed a host of special guests, including those involved in the build, Nansledan community representatives and Newquay dignitaries, for a traditional Cornish cream tea, produced by the in-house Aspire Catering Service team. Ben Murphy, Estate Director at the  Duchy of Cornwall and James Smith, Senior Project Manager at Midas Construction, part of the Midas Group, formally handed the school over to Vanessa Bragg, CEO for Aspire Academy Trust. The children of Nansledan School, led by Head of School Mrs Vicky Dilnot, also serenaded guests with some heart-warming songs. 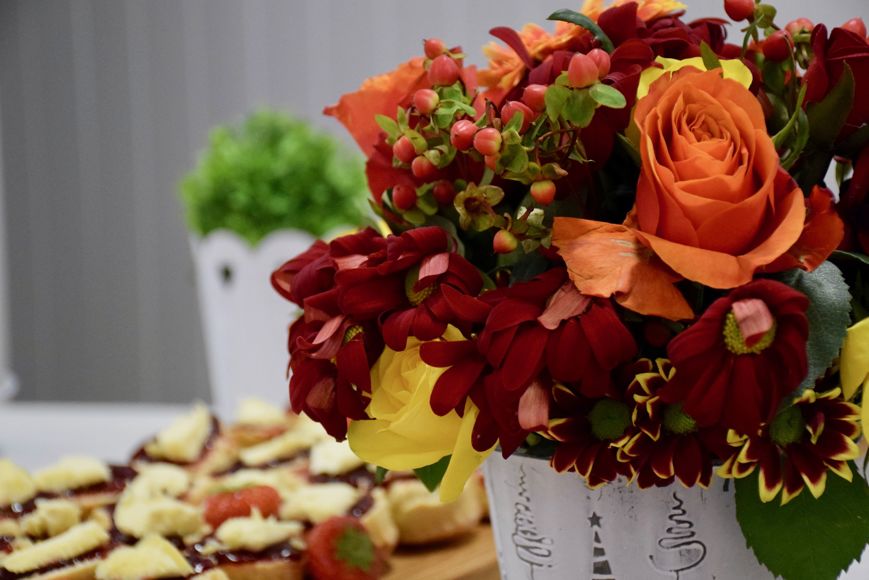 Vanessa Bragg said: “The school hall is the beating heart of any school and we feel so privileged to have been gifted such an amazing and beautifully designed space.  Our heartfelt thanks extend to many, but special mention must go to the Duchy of Cornwall, Francis Robert Architects and Alan Leather Associates for their vision, to Midas for their outstanding construction teams and to the Nansledan community, whose support has been overwhelming.”

Ben Murphy of the Duchy of Cornwall said: “We were determined to deliver this fantastic new primary school early on in the development of Nansledan because it is so essential to building the new community here, and that’s why the Duchy helped forward-fund its construction. I am thrilled to see it completed and to see local children taking such delight in their new school. We all look forward to seeing it grow in years to come, as new families move here to make Nansledan their home.”

James Smith, of Midas Construction, said: “This has been an exciting and inspirational project from start to finish and we are incredibly proud of what has been achieved. It is a landmark building architecturally but also in the pivotal role it will play in the lives of the children and others in this vibrant and developing new community. It has been a pleasure to be a part of creating something so special and we are delighted to be able to mark the official completion of the school with our customers the Duchy of Cornwall and Aspire Academy Trust.”

Head of School Mrs Vicky Dilnot summed things up, commenting, “Our new Nansledan School community has come together with a sense of excitement and real appreciation for the fantastic building we have been given.  When we gathered together for our first assembly in the school hall, the children (and staff) were in awe as they looked around the vast yet still warm and comforting space with smiles and gasps!  We are now looking ahead with excitement to the concerts and events that will take place here in the future. We are incredibly grateful for what we’ve been given.”